There were several constraints:

Software Tools That Were Used:

Note that when the door is in the closed position, it only resists the radial bursting pressure from the stored grain, it does not collect and carry the membrane stresses in the silo shell around the opening.

Note that while the access door is difficult to visualize, it is located immediately above the end of the discharge tunnel.

Note the two bright spots at the door head-to-jamb intersection.  These represent concentrations of hoop tension stress which are 139% of the code prescribed allowable stress but 43% of the ultimate stress of the steel material.  Consequently, the silo did not fail on first filling, but remedial action is required. Observation of salvaged parts of the failed silo indicated that the failure probably initiated at these locations.  Because of its taller geometry, the silo that failed would have had higher stress levels than this silo.

Figure 4 – Representation of the Reinforcing Plates Added Around the Door Opening in the FEA Model. 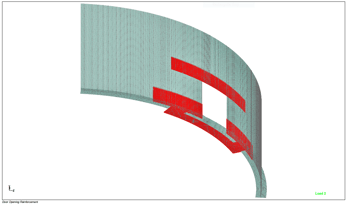 Figure 5 – Results of a Finite Element Analysis of the Reinforced Silo Shell.

Note the different color of the spots at the door head-to-jamb intersection.  These represent concentrations of hoop tension stress which are 29% of the code prescribed allowable stress.

Figure 6 – Typical Interior Elevation View of the Reinforcing Around the Access Door Opening from the Contract Drawings. 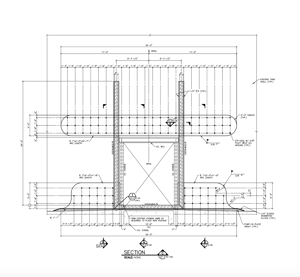 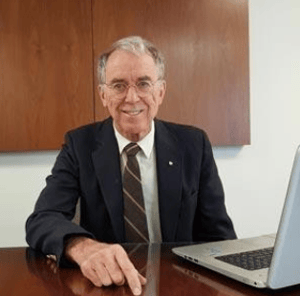